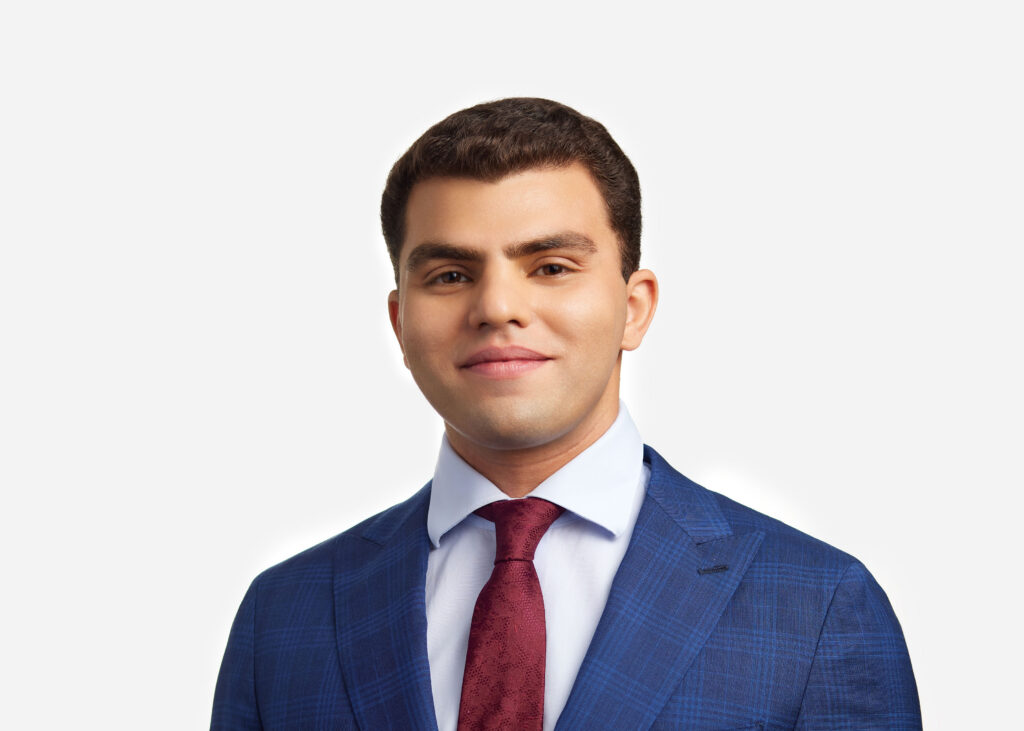 Mr. Doudar was previously a Clerk and a Trainee Associate in Dubai, United Arab Emirates, where his work focused on corporate governance, business restructurings and general commercial matters.

Mr. Doudar received much of his education in London, including his B.A. degree in Philosophy from University College London and his G.D.L. and LL.B. from The University of Law. He received his Master of Laws from the University of California, Berkeley, School of Law. At Berkeley Law, Mr. Doudar was an LL.M. Ambassador who volunteered with the Political Election and Empowerment Project and fought to protect voter rights. He earned pro bono honors for his commitment to community service. He was also a member of the Berkeley Technology Law Journal’s External Relations Team and the Berkeley Business Law Journal’s Board of Editors. Mr. Doudar has previously interned at the United Nations Economic and Social Commission for Western Asia in Lebanon.

Mr. Doudar is fluent in French and Arabic. He also speaks conversational Spanish.

Mr. Doudar is a member of the Bar Association of San Francisco and Bay Area Lawyers for Individual Freedom. He is admitted to practice law in all California state courts.