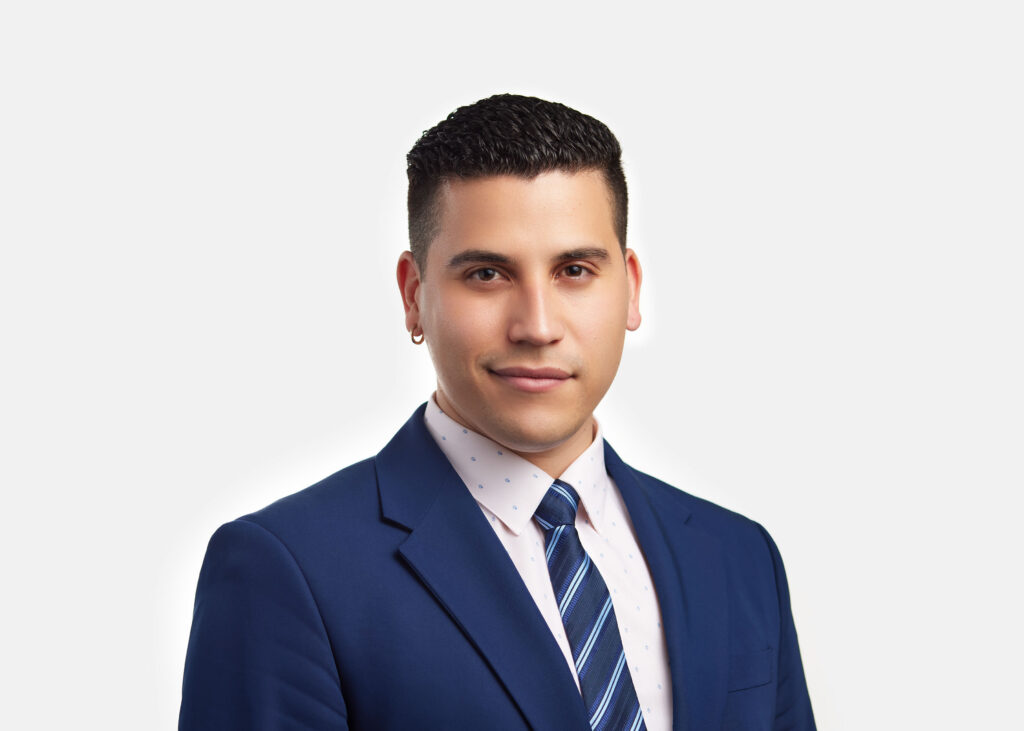 Samuel Rosario is an associate attorney in the firm’s San Francisco office. Mr. Rosario is a Bay Area-based attorney who is experienced in resolving a wide range of legal issues from landlord-tenant matters, real property, and personal injury to immigration issues related to deportation defense. Mr. Rosario received an academic scholarship and attended Goshen College, where he earned his BA in Broadcasting Journalism. In 2019, Mr. Rosario earned his Juris Doctor from the University of San Francisco School of Law and graduated with honors. Mr. Rosario is admitted to the practice of law in California.

During Law School, he served as a staff member for the USF Law Review, and focused his studies on intellectual property law, human rights and refugee law. Mr. Rosario also served in the International Human Rights Clinic at USF Law and presented a written statement and oral interventions on the issue of water scarcity and pollution at the United Nations Commission on Human Rights in Geneva, Switzerland. Prior to that, Mr. Rosario also participated in the Law School Immigration and Deportation Defense Clinic where he represented underprivileged immigrant children in Immigration Court. Mr. Rosario also served as a Summer Associate at an international law firm in their Intellectual Property Litigation Practice, where he gained experience representing global companies in high-profile cases.

In addition to his law degree, Mr. Rosario has a Master of Fine Arts in Theater from the Academy of Art in San Francisco. Mr. Rosario has lived in the Bay Area for almost a decade. He is Latino, born and raised in Puerto Rico. He is fluent in both Spanish and English.